This ancient Etruscan city of sun-bleached stone and red-clay rooftops is what Henry James described as “the most sturdily ancient of Italian towns.” We arrived here by train from Rome but sadly had less than 24 hours to explore. I could have easily spent a couple of days walking around the almost comically higgledy-piggledy streets arranged over savage uphill gradients and all breathtakingly pretty. In fact our time was so limited that we only had two hours to see as much as possible so we bought a guide book and a map and did an express tour of all the Fra Angelico and Pietra Da Cortona we could find.

We began in Piazza Garibaldi where the 600 metre vantage point gave us an excellent view of the Lake Trasimeno, the scene of Hannibals ambush of the Roman Army in 217 BC. We then made our way toward the highest point of the city to the Santa Margarita Church stopping off in anything we found interesting along the way. 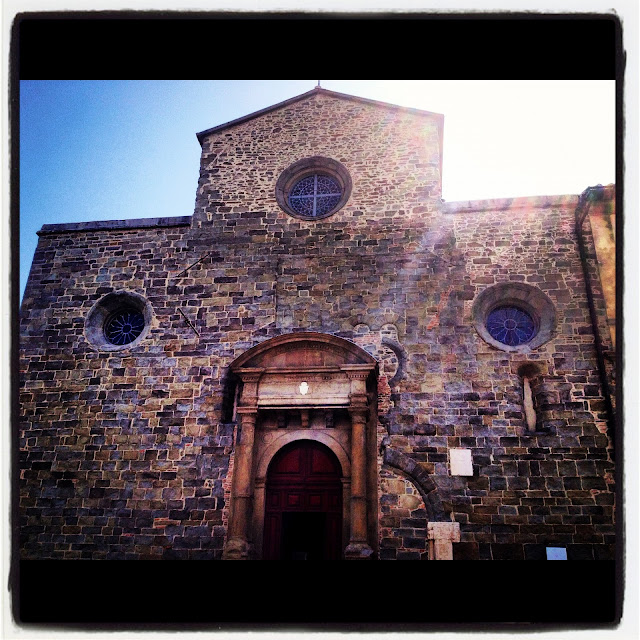 Pietro Da Cortona is probably most famous for his frescoed ceilings in the Palazzo Barberini in Rome however his career began here in Cortona, his birthplace and former home town. A few small scale frescos still remain in the tiny churches of the city. 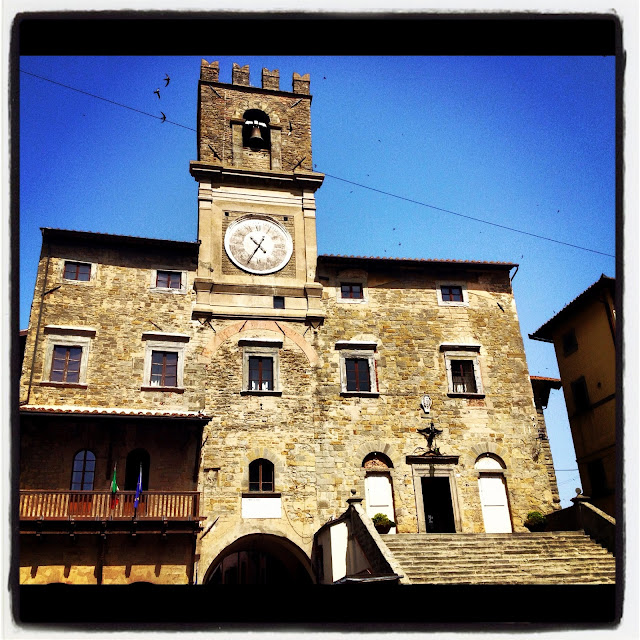 Palazzo Communale in the main square. Inside is the Museo dell’Accademia Etrusca, displaying items from Etruscan, Roman, and Egyptian civilizations, as well as art and artefacts from the Medieval and Renaissance eras. 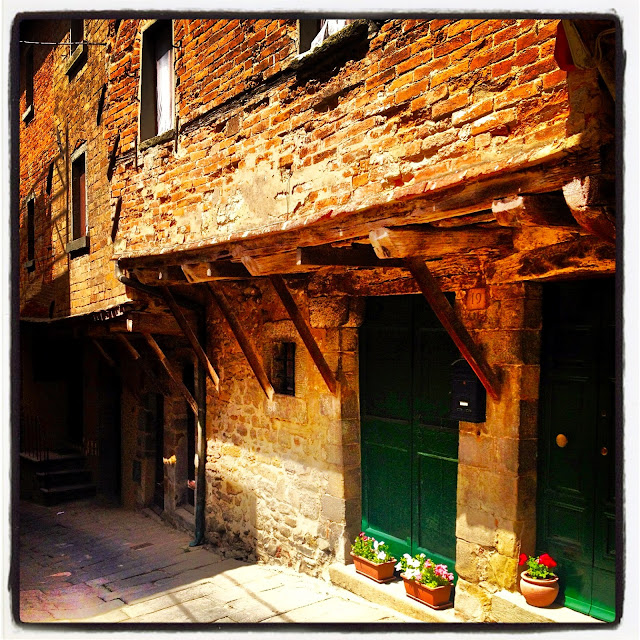 Crooked medieval streets. Definitely wear some trainers for this walk – wedged ones will not suffice. I found that out the hard way. 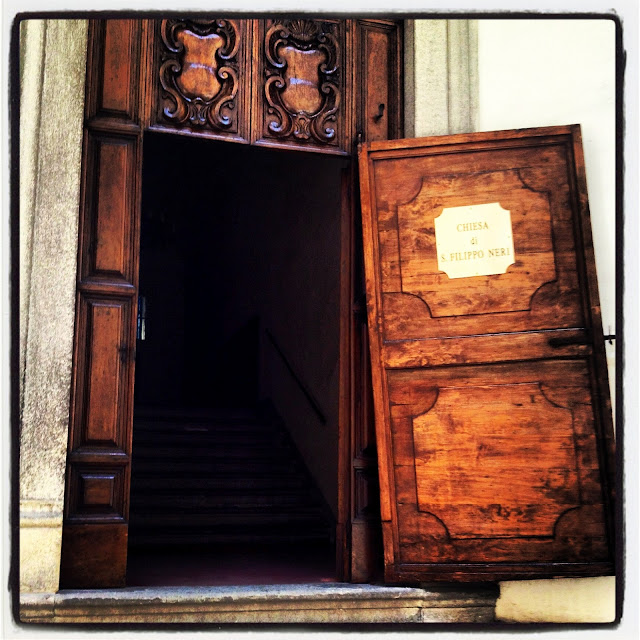 Church of St. Filippo Neri (above and below). This pistachio hued gem had a completely crooked door and the entire thing was on a slant. 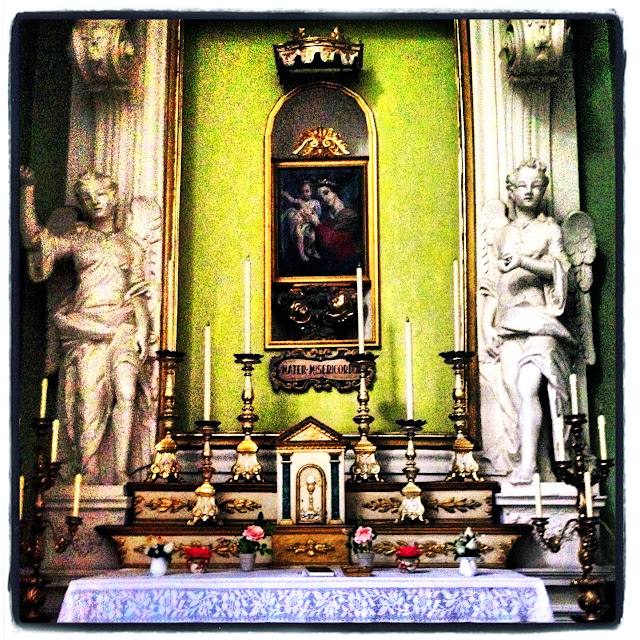 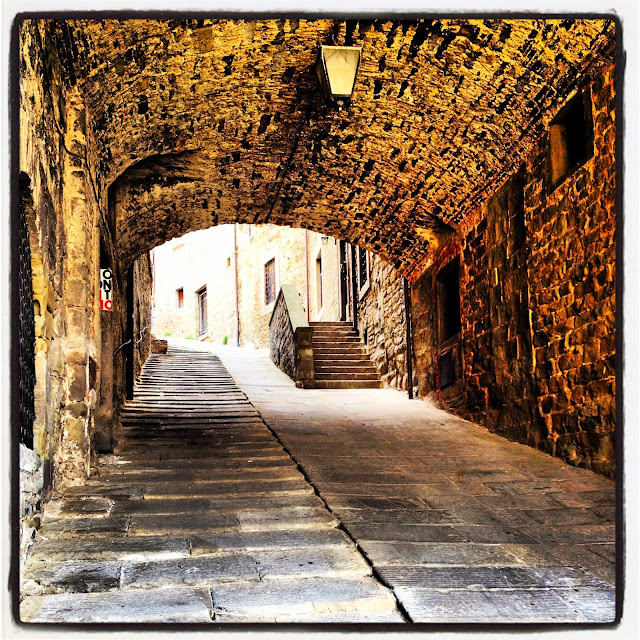 The Diocesan Museum is the main museum in Cortona. It is housed where the Church of Gesù used to be located and includes works of art by artists such as Fra Angelico (above), Pietro Lorenzetti, Bartolomeo della Gatta, Luca Signorelli and Sassetta. Beneath the museum lies the 17th century oratory originally used for meetings and ceremonies of the brothers. The room is embellished by a magnificent cycle of frescoes by Doceno, the nephew of Pietro Da Cortona. 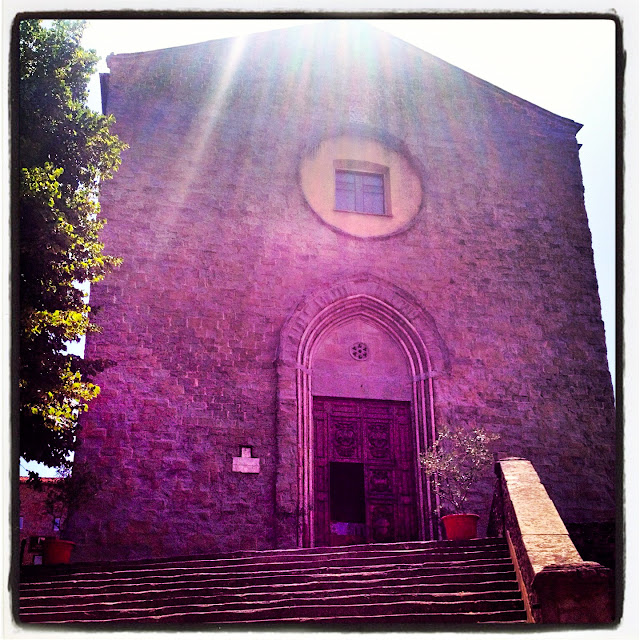 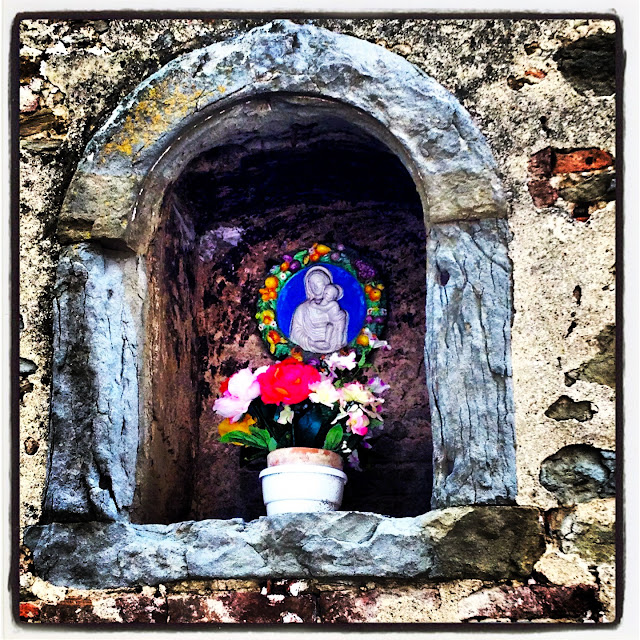 I’m very fond of these little niches for their colours and miniature scale. 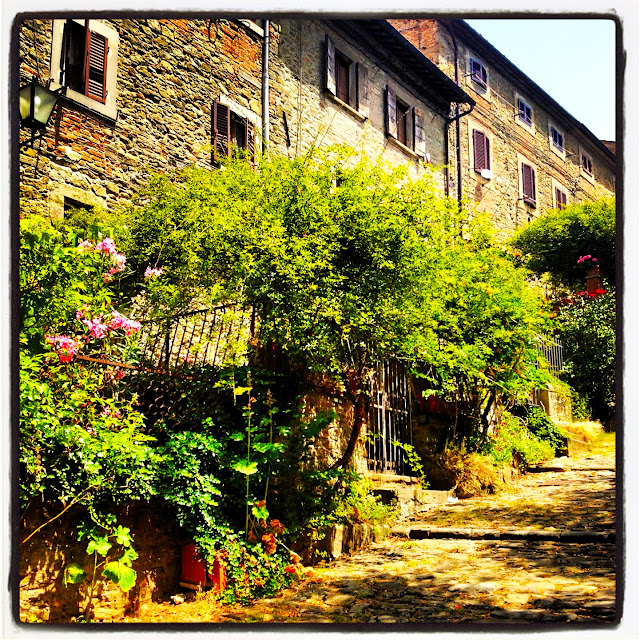 These houses are located towards the peak of the city and surrounded a tiny, hay strewn Piazza. Everything was wild and covered in flowers and the entrances to the houses could barely been seen through the gates. There wasn’t a soul up here away from the town centre so it was well worth the tough walk. 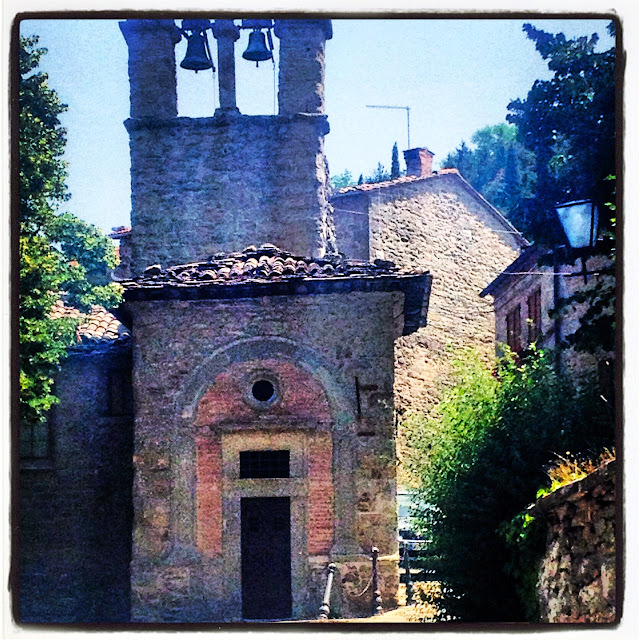 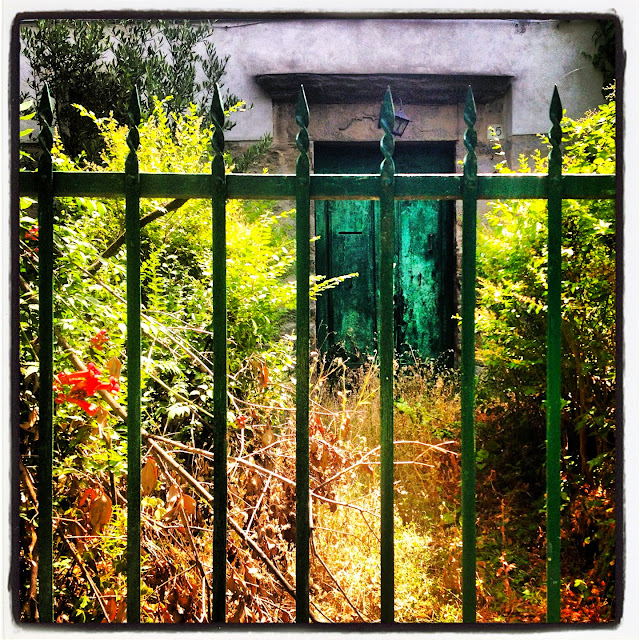 An abandoned and totally over grown house. 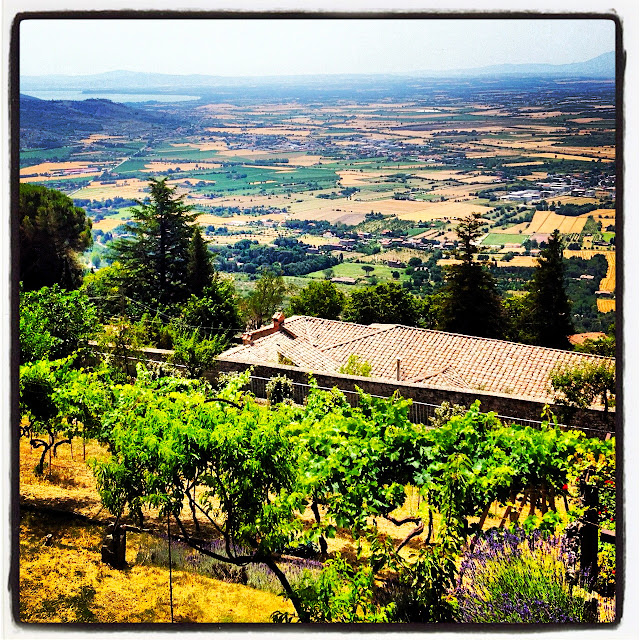 Vineyards and a killer view of the Trasimeno Lake. 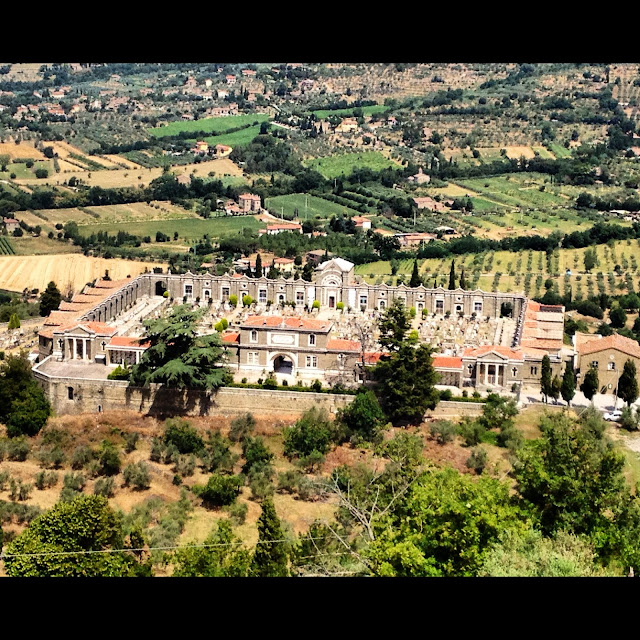 Cortona’s walled in cemetery below the town is a beautiful and fascinating place to visit. It is also lovely at night when all the electric candles are lit at the crypts and tombstones. 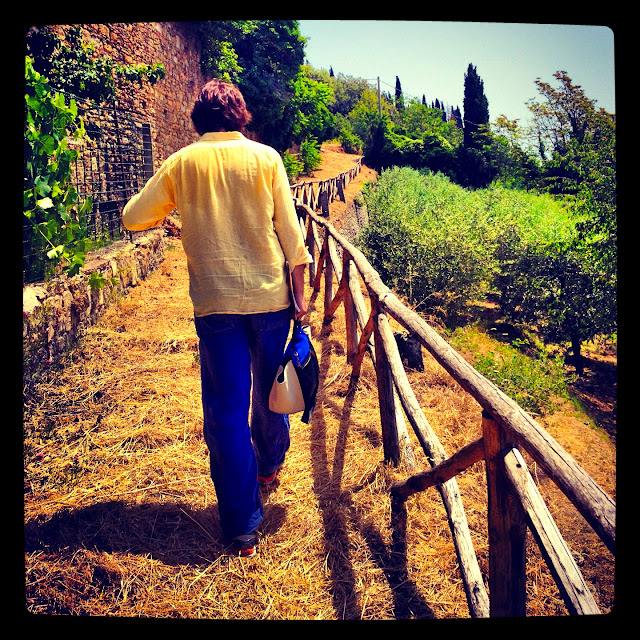 The sun was relentless and my stomach was empty so I was feeling a little worse for wear by this point. Luckily I had a very willing mule to carry my heavy handbag. We managed to get lost on our way to Santa Margarita and ended up taking this very abandoned but much more scenic route instead. 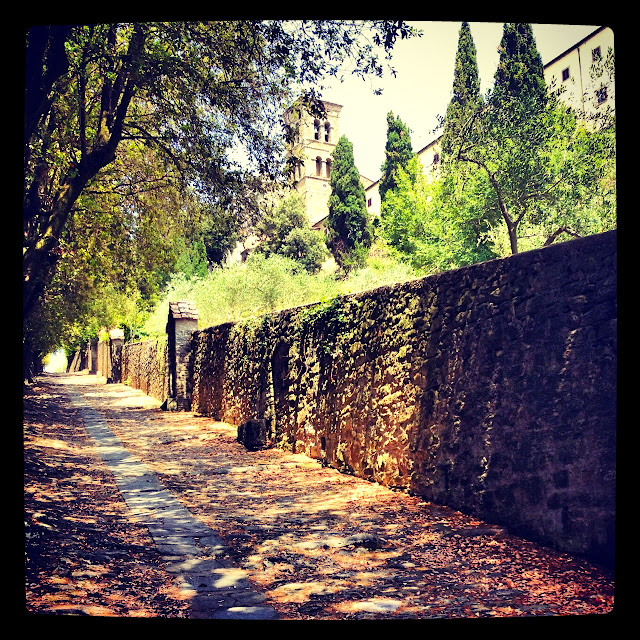 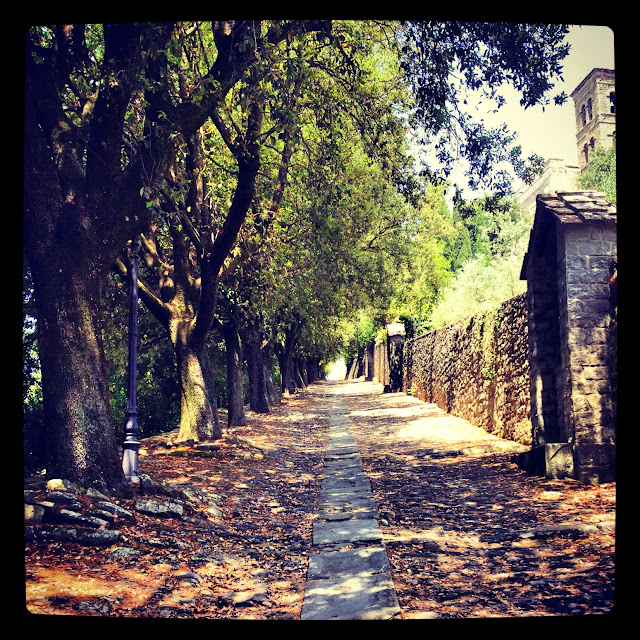 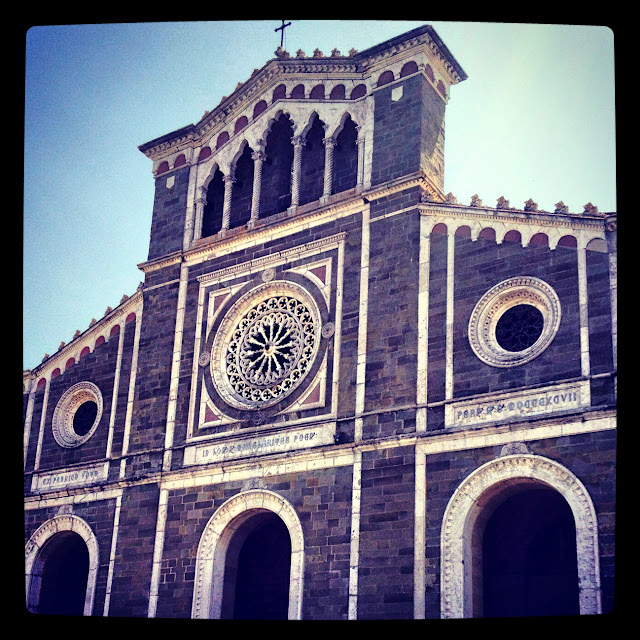 The Santa Margarita is located in an enchanting position on the top of the hill. The church is embellished with paintings and sculpture mainly from the Sienese workshops, of which remain a few paltry relics, such as the sarcophagus of the Saint and the Rose window installed in the present facade. The church underwent considerable Baroque transformations in 1738 and most of its art is now houses in the Diocesan Museum. If you get there on time it is possible to see the glass encased, 800 year old body of Santa Margarita. 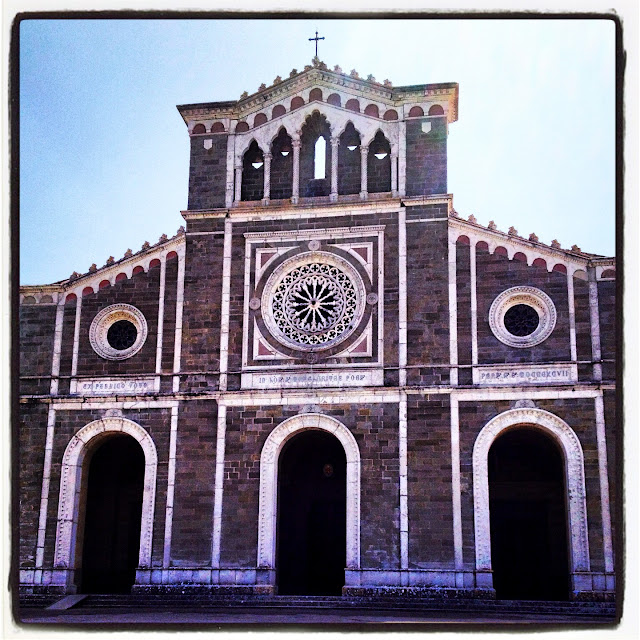 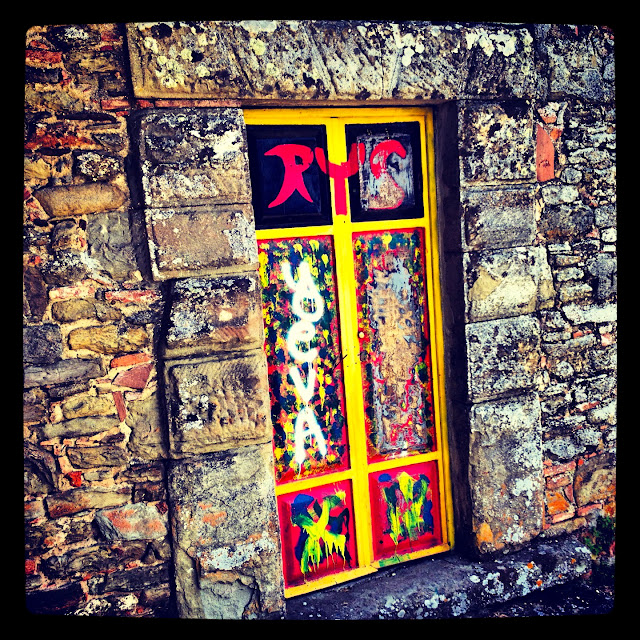 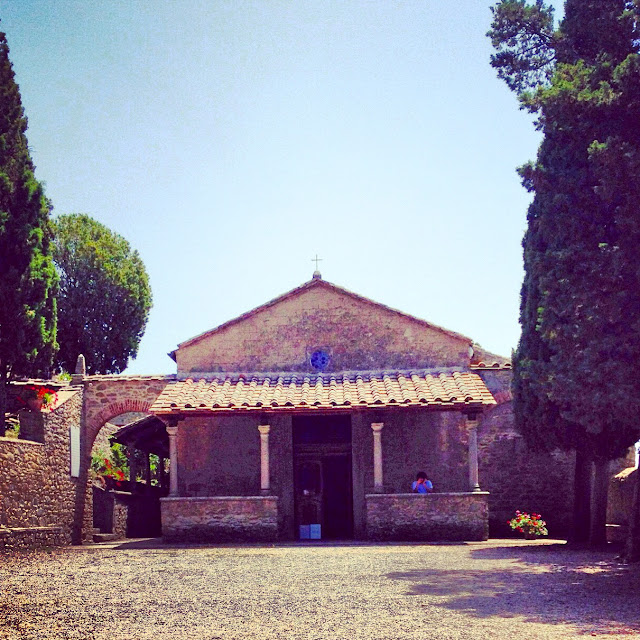 On the way down, amongst all the ancient stone houses, we came across this tiny jewel box of a church. The 15th century Chiesa de San Niccolo probably had four times the charm than any of the others we saw with its totally frescoed walls and ceilings, its minute size and hidden location. The altar was painted by Signorelli and the wood coffered ceiling is spectacular. Unfortunately the preist was very adamant I didn’t take any photos and had I had more time to plead with him, I might have been successful. I insist that if you find yourself in Cortona that you come here. It’s difficult to find so you’ll need to ask a local..that is, if you can find anyone up there.

GETTING THERE: Fly to Florence and take the train to Terontola or Camucia train stations. We took the train from Rome which took about two hours.

STAY: We stayed in the stunning Il Falconiere just below the city, a secluded and impossibly romantic 17th century Tuscan villa and vineyard with a restaurant terrace to remember. Now completely restored and transformed into a countryside retreat, it is part of the prestigious chain Relais & Châteaux.