I’d normally spend my Saturday night avoiding the chaos of Soho at all costs. If Dean Street isn’t being terrorised by a group of lads post Funky Buddha, then it’s pickpocketing, street fights and vomiting girls in angel wings. As I hadn’t seen my gorgeous friend and jewellery designer Petra in a while, we decided we were going to brave the riot and booked a table at MASH on Brewer Street. 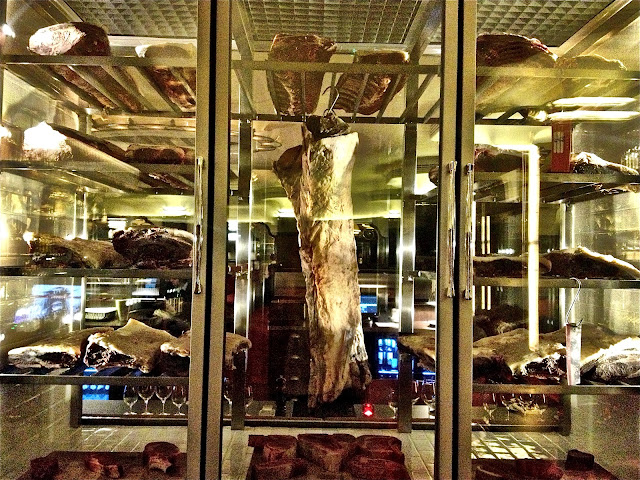 Having revolutionised the dining scene in its native country, phenomenally successful Danish brand MASH, or Modern American Steak House to give it its full name, has chosen London as the location of its first overseas restaurant. Denmark has been causing a real culinary stir in recent years so with five restaurants in Copenhagen and two outside the Danish capital, I fully trusted that this was going to be a real treat.

Firstly let me talk about the sheer enormity of the place. I had no idea that such vast spaces could exist underneath the cramped soho streets. An unassuming but elegant entrance completely belies the incredible three storied, Art Deco splendour that lies beneath with a beautiful stand alone bar greeting you as you enter. I immediately remarked how I felt like I was dining on a 1920’s cruise ship. It turns out that MASH used to be the Titanic bar in the Regent Palace Hotel after undergoing a £300 million renovation programme. Timber veneer, gold leaf swirls, marble, brass, mirrors, scalloped ceilings and even original wallpaper make you feel like you’re dining in another world. I suddenly felt very underdressed.

The staff have been brought over from Denmark and are all super friendly and super gorgeous, if a little inefficient. Some drinks never arrived and one order was wrong, although the quality of the food more than made up for it. 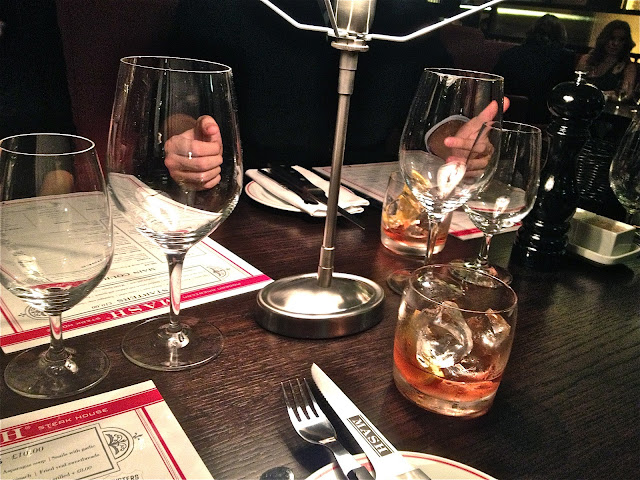 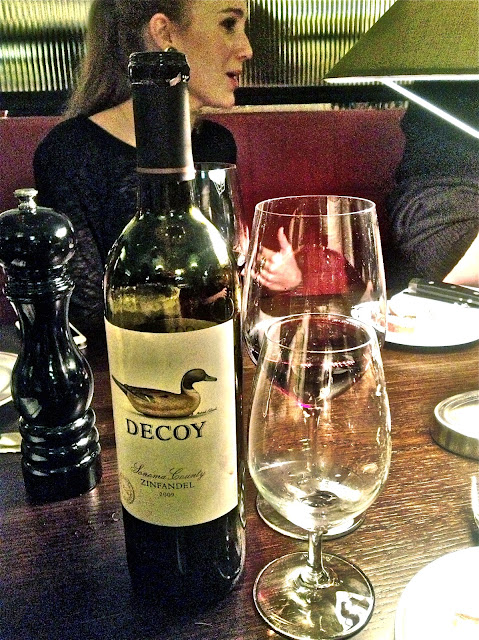 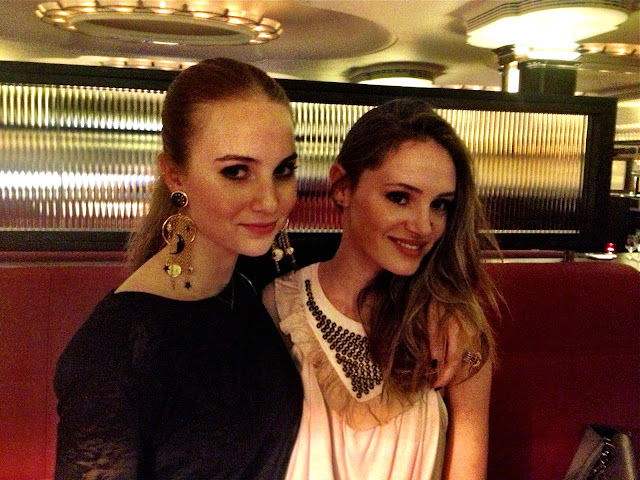 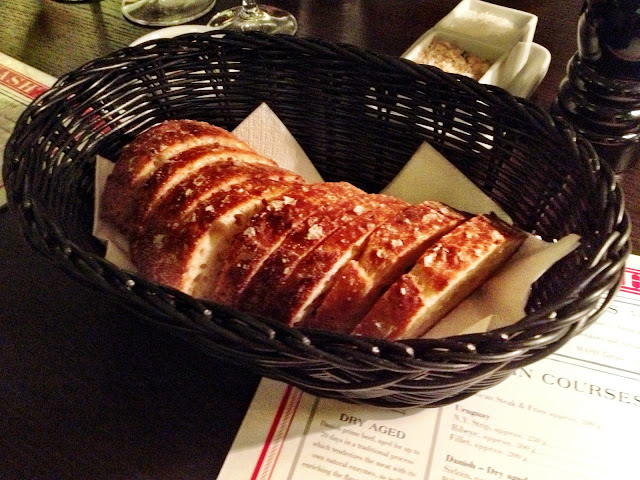 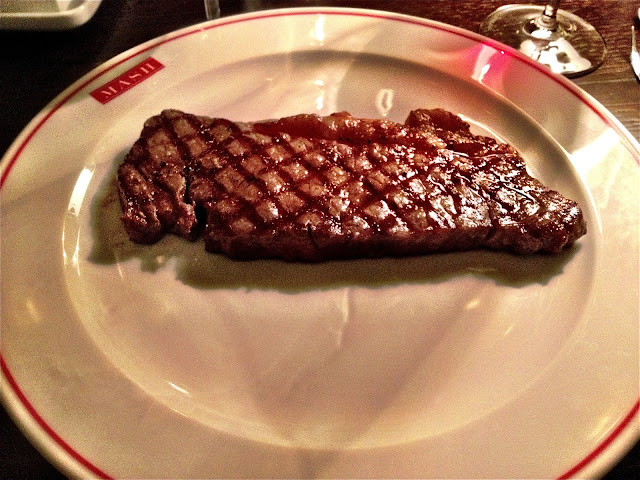 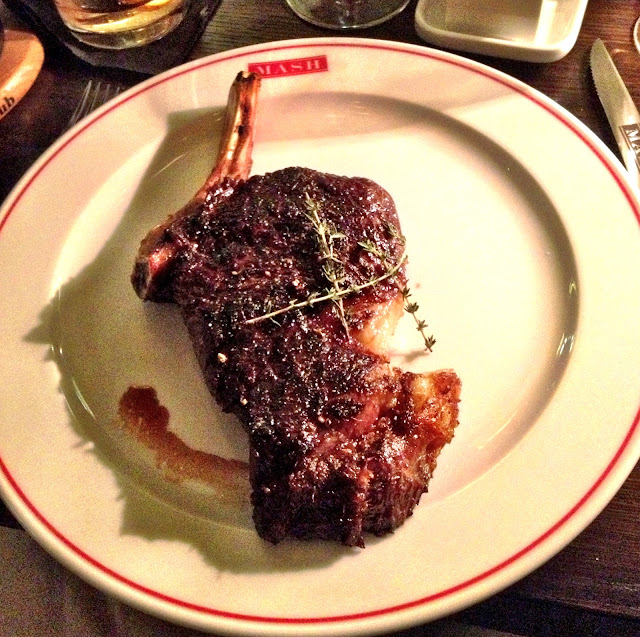 As Petra had been to the opening, she highly recommended the American Porterhouse for 2 (above), as well as a killer bottle of Californian red wine. A couple of us ordered the Waygu sirloin, whilst others went for the Danish longbone, which is noticeably darker and leaner than other cuts. It is absolutely delicious and definitely worth a try. We ordered a few sides like bone marrow, chilli fries, mac and cheese, mash potato with bacon pieces and a few side salads although apart from the bone marrow, these were all pretty beige 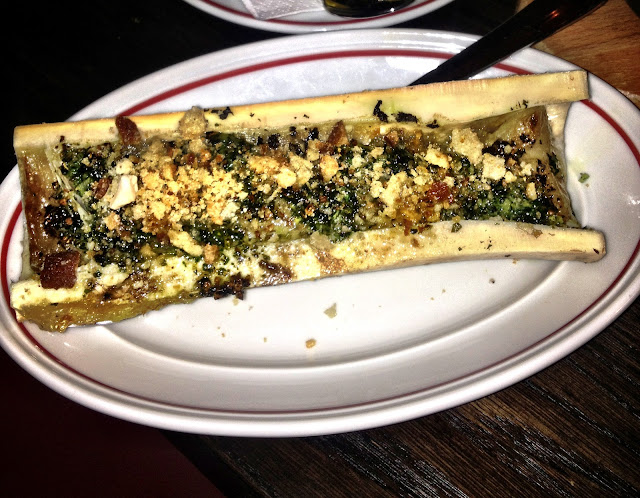 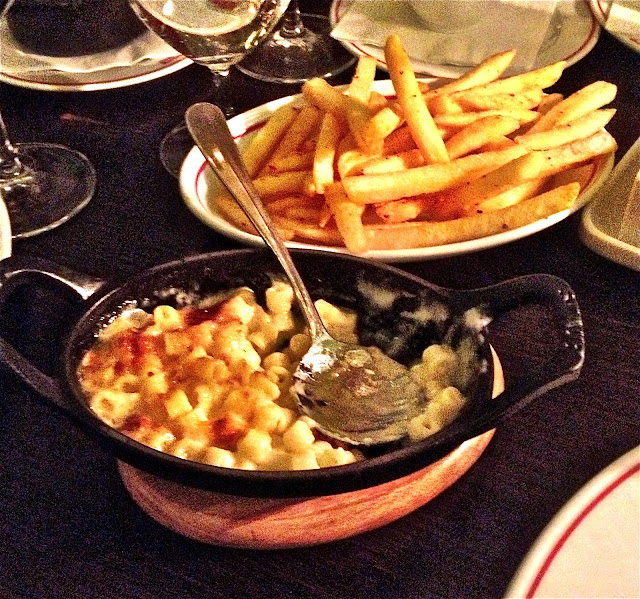 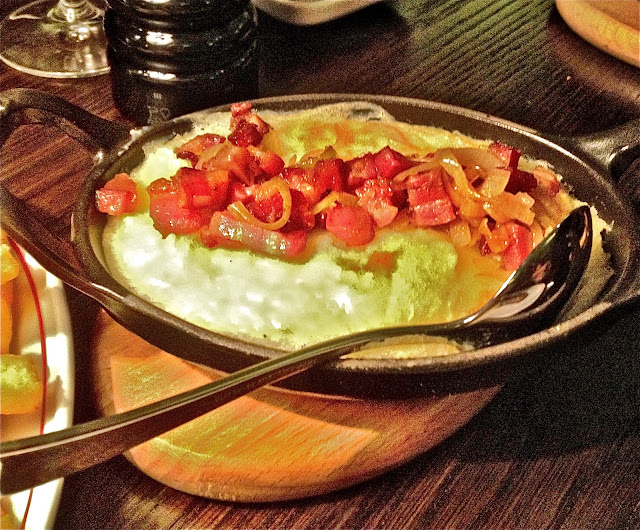 Preparation of the Porterhouse 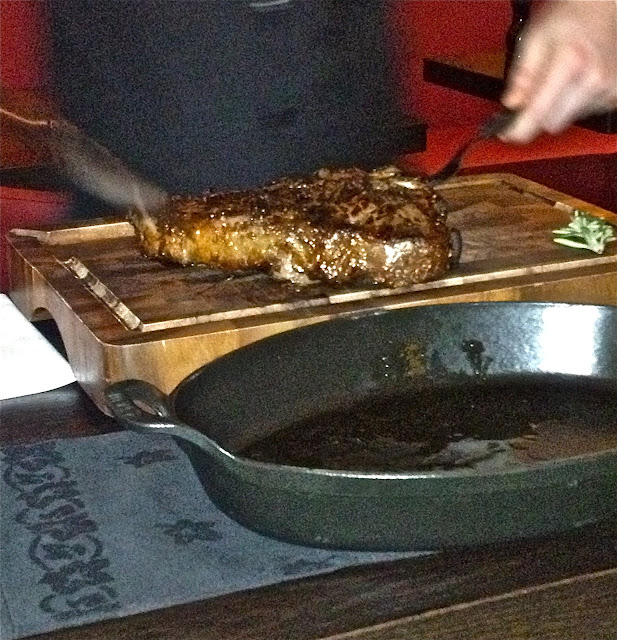 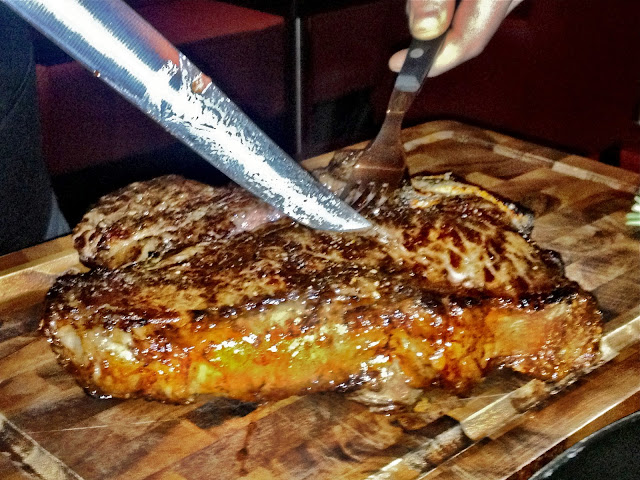 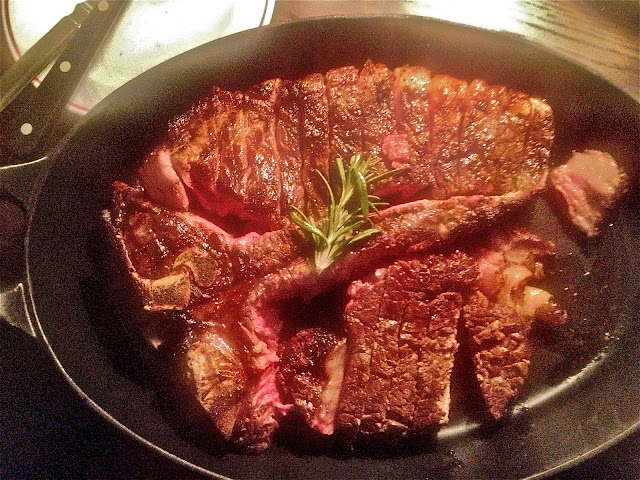 A few Negroni’s and three bottles of wine later and the vibe was definitely merry. The large booths mean that you have the freedom to get a little rambunctious without offending fellow patrons and there’s a private dining room that can accommodate around 18. 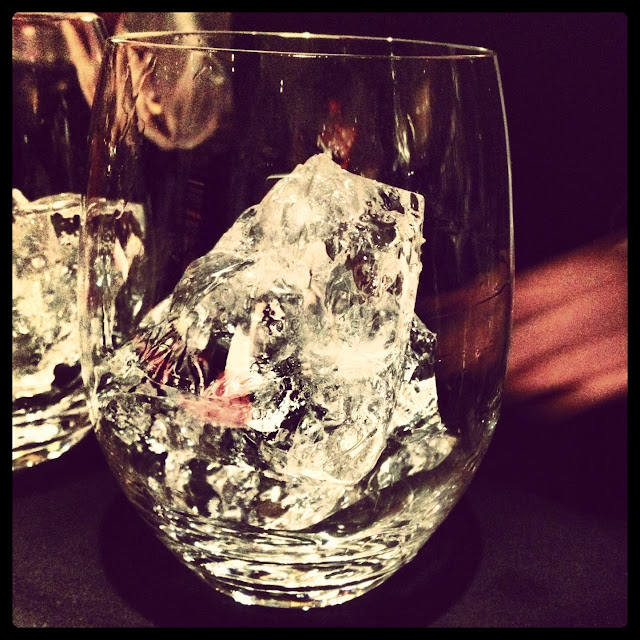 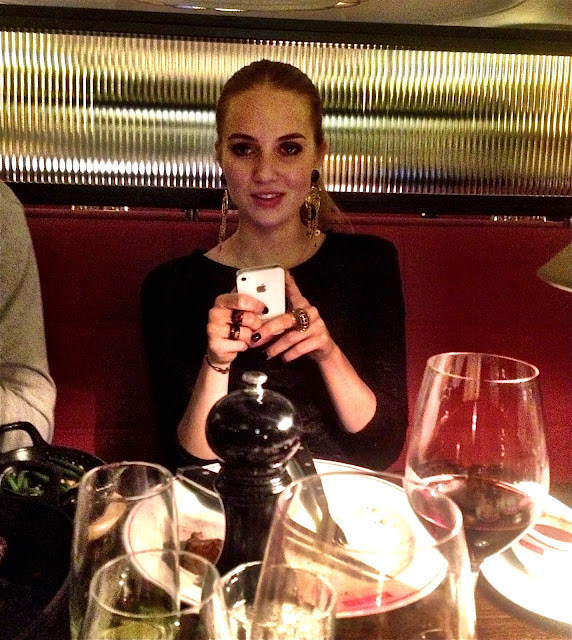 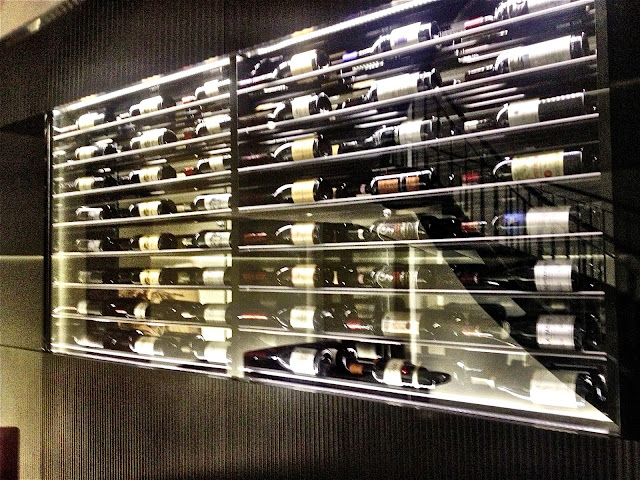 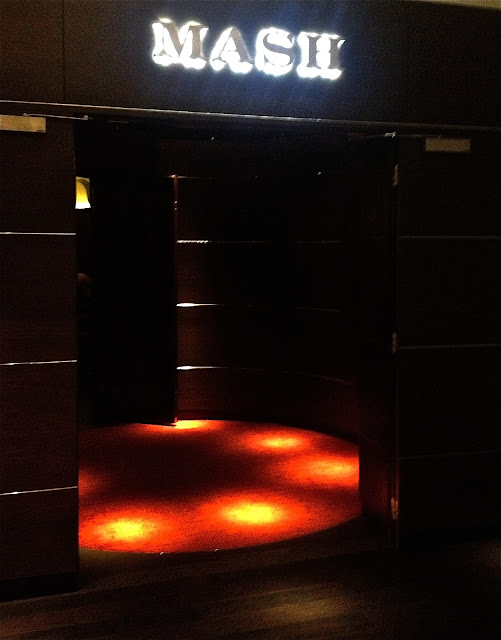 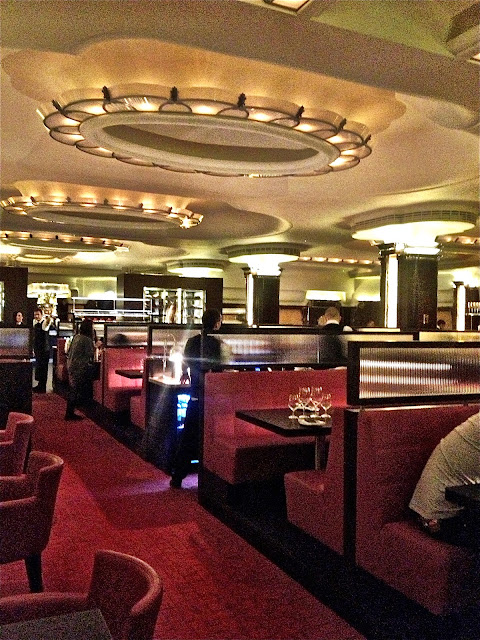 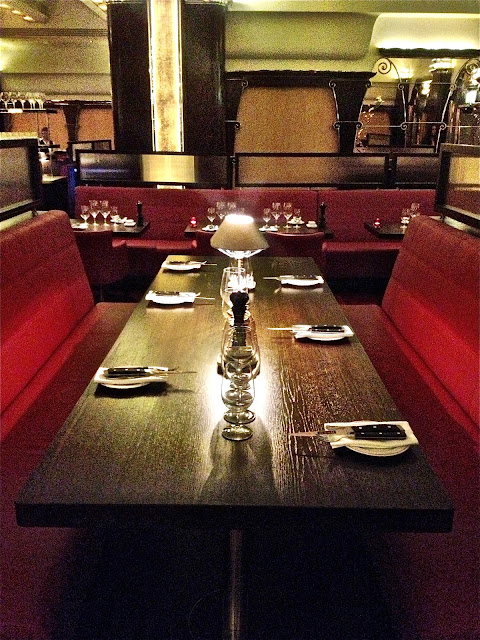 After a double Amaretto at the bar, all seven of us left in very high spirits. The exceptional quality of my Waygu steak was as flavourful and buttery as the one I had in Cut a few weeks ago and at almost half the price, I’ll be going back again. Despite this, MASH is still not cheap. It ended up being £111 per person. However, I feel that we ordered pretty recklessly. Various cocktails were consumed throughout the three and a half hour affair and we each ordered our own portion rather than mixing it up and sharing a few larger dishes. That said, it is definitely possible to make this a more modest affair by choosing a smaller cut and picking a cheaper but equally delicious bottle of wine. This is the perfect place to come with a group of friends and I will definitely be back soon. 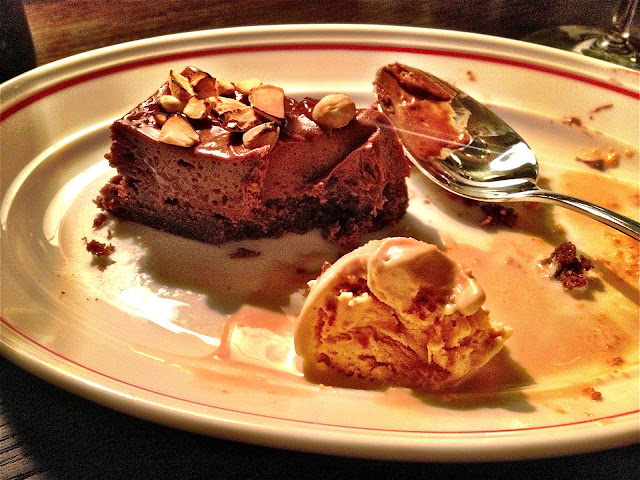 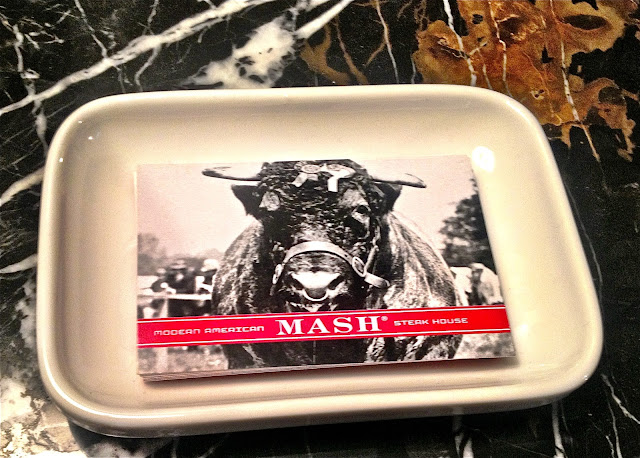