‘Ladies Night,’ ‘Celebrate’ – for many, Kool and the Gang will conjure up shameful dance floor memories. As the girl who has previously slut dropped to ‘Get Down On It’ at the end of the night, this was definitely something I felt strongly about…that is, until I saw them live. My boyfriend is a huge soul fan so off to South London we went to watch their one night show at the Electric in Brixton. 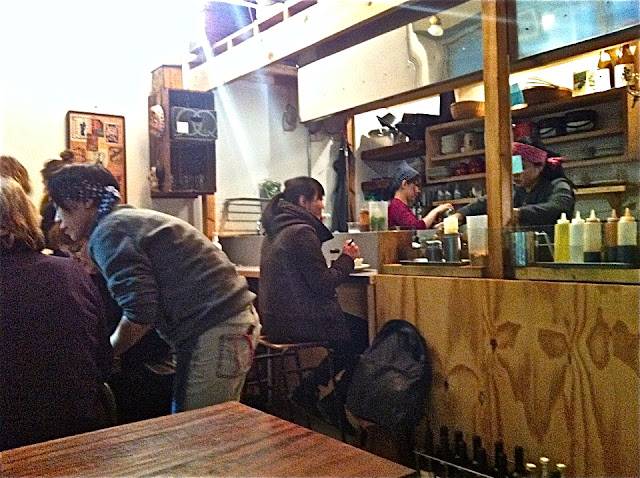 Before the show, we wanted to check out a few places in Brixton Village Market, a once rundown arcade that is now filled with some of London’s hidden restaurant gems. I wanted to try Okan, a tiny and basic Japanese restaurant specialising in street food, particularly okonomiyaki – savoury pancakes with a flour, egg and shredded cabbage base. 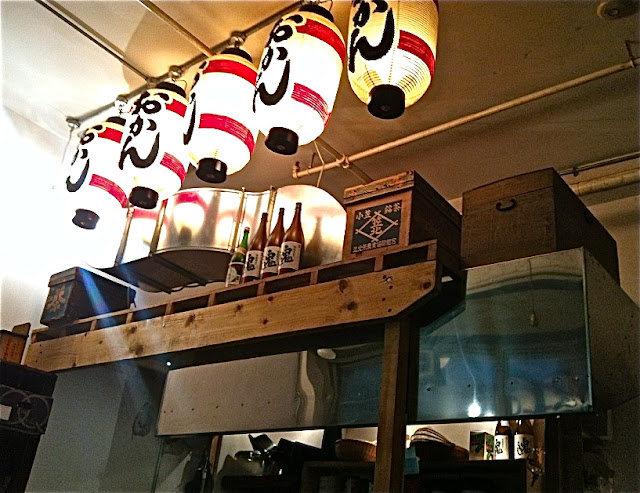 Fragrant clouds of steam billow around a tiny room whilst the sound of sizzling meat and batter fills the air. There’s a very pared back aesthetic here, with Japanese masks and paper lanterns adding smatterings of colour to the bare walls. We started off with some miso aubergine and a couple of Asahi’s as I impatiently waited for this mysterious okonomiyaki, something I had been desperate to try for months. 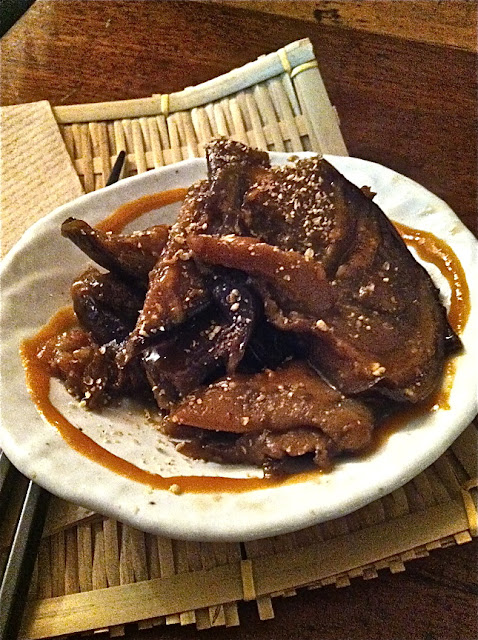 As the yaki soba noodles also came with a recommendation, we ordered the Okan special which featured pork and kimchi topped with some sort of sesame mayo, cabbage and bonito fish flakes that melted into the heat of the noodles. 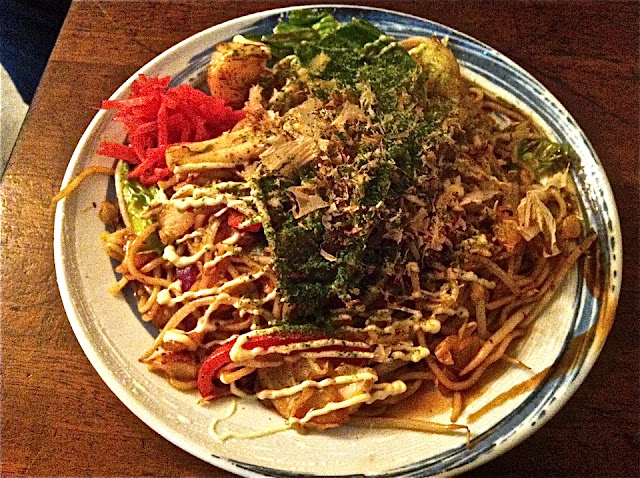 The eagerly anticipated okonomiyaki – another mountainous portion of caggage and eggs, smothering the pork, prawn, corn and kimchi filling. The crispy seaweed and bonito fish flakes fluttered around madly as they disintegrated into nothingness above the tangy Japanese mayo. It looked so humble and beautifu upon the simple china plate that I readily forgave it’s flavour. I’m sure many people would disagree but the esteemed pancake just wasn’t for me. It was just a fraction too heavy and slightly processed tasting compared to the Japanese food i’m used to. Too much sauce? Too little freshness and crunch? Whatever it was, I could take it or leave it. Anyway, there are plenty of other places to choose from if heavy mayo dressings aren’t your thing. 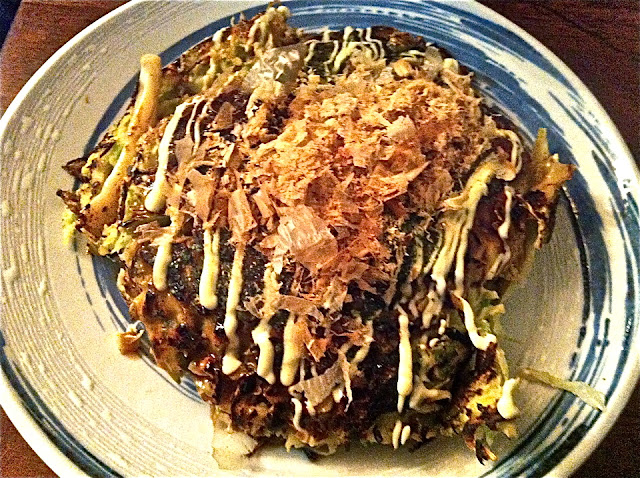 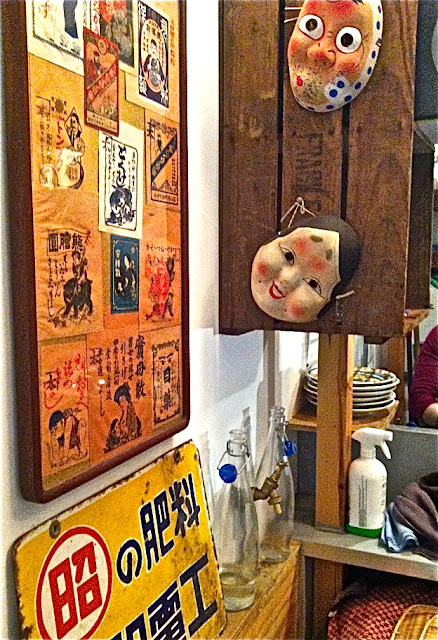 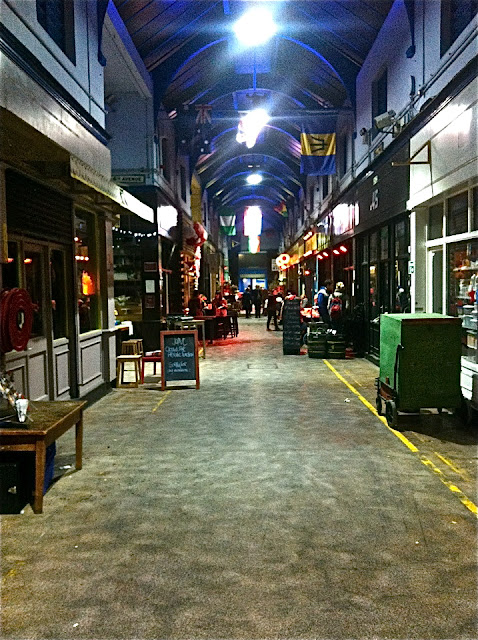 On our way out, I became distracted by the simultaneous waft of sizzling pork and mulled wine. We found ourselves outside a Mexican restaurant called Casa Morita where fresh soft tacos were being prepared at a stall outside. 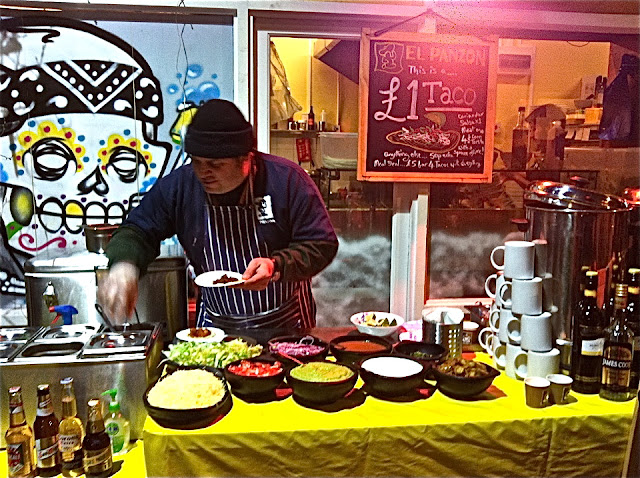 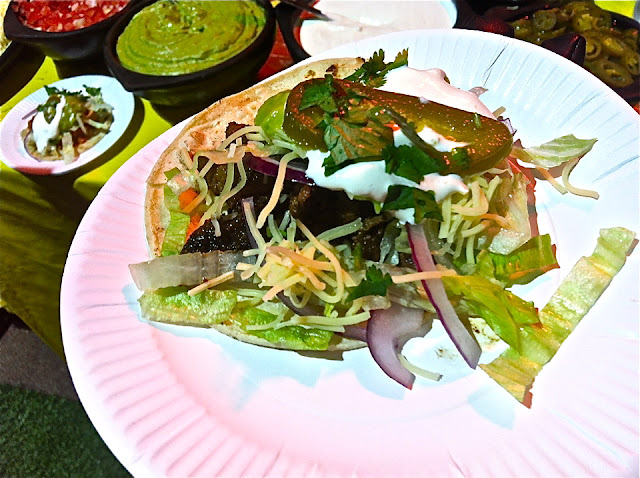 We tried pork and chicken with all the extras and they seemed to be very fresh and juicy. Perfect levels of spice from the seasoning on the meat with the jalapeno and then all the crunch of the greens and coolness of the sour cream. As long as your ingredients are decent, you can’t really go wrong with a taco – but it was good, or at least it was more my bag than the pancake. 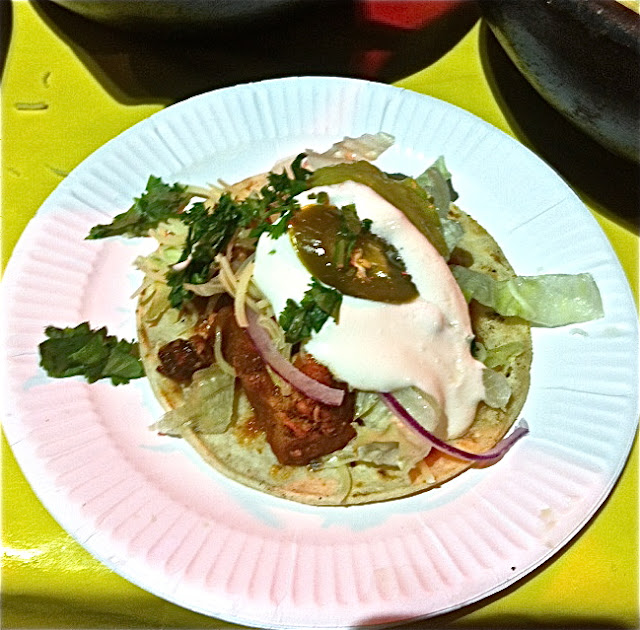 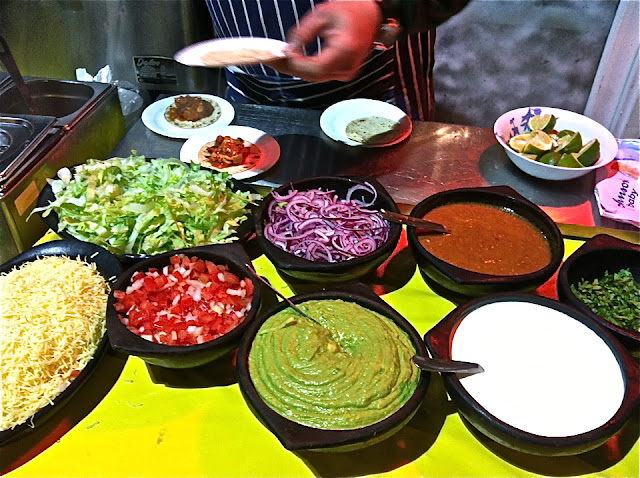 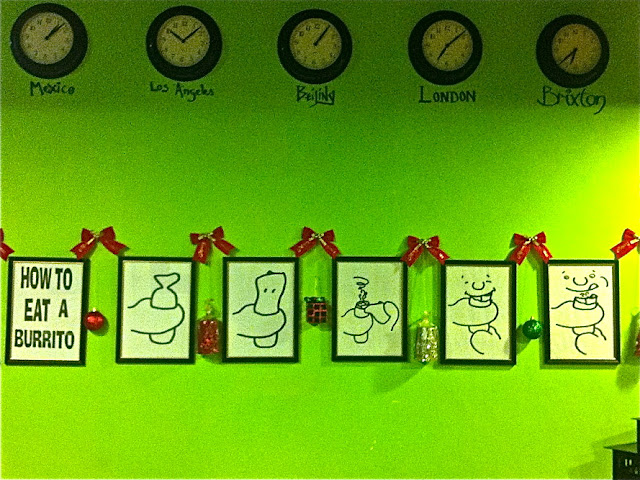 The very cheery Irish owner encouraged us to have a look inside. The upstairs part is a very cosy mezzanine completely covered in fairy lights with not an inch of wall visible through the notes, quotes and doodles of diners past. I particularly enjoyed the ‘how to eat a burrito’ series on the wall downstairs. 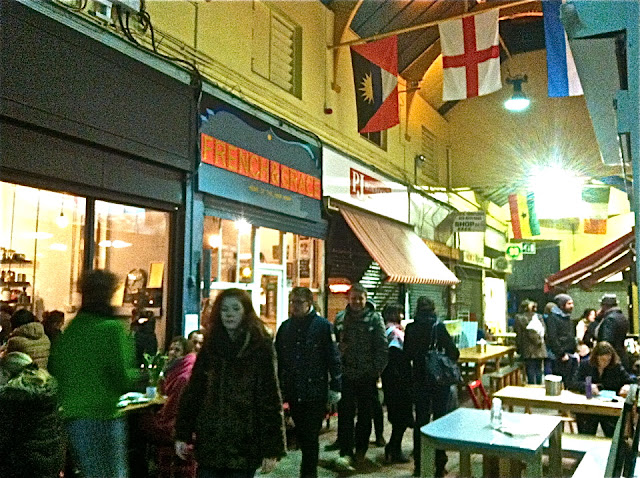 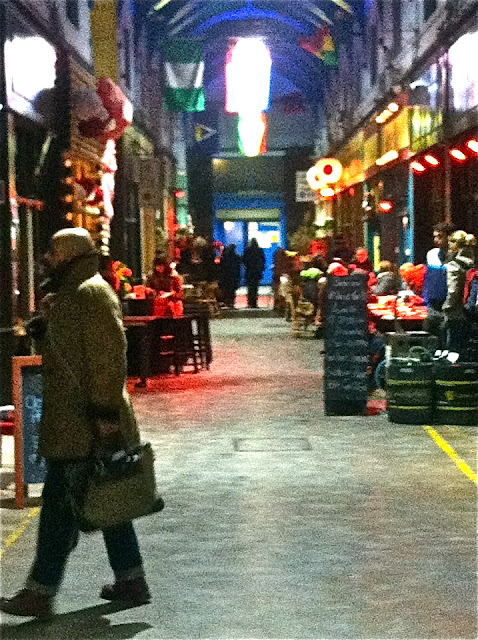 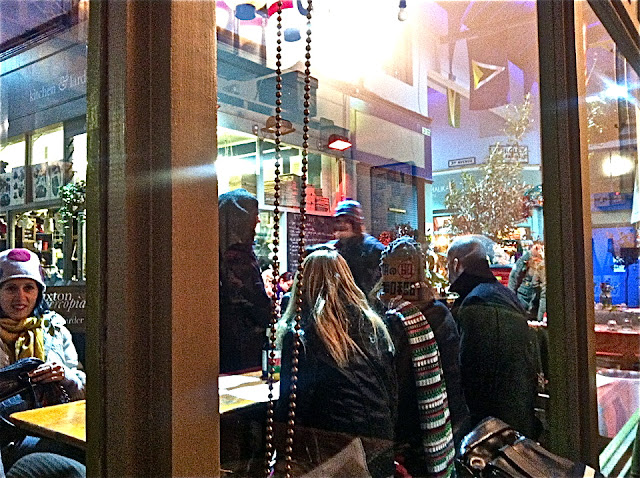 Kool and the Gang were phenomenal, in fact I haven’t enjoyed a concert like that since Usher’s 8701 tour in 2002! Kool and his Gang were shimmying around the stage with all the zest and pazazz of men in their twenties. Their spirit was infectious with not a single stationary body in the crowd. People both young and old were dancing and singing along to the classics and my haunting memory of the slut drop has been permanently erased..finally!

If you’re in the Brixton area then a visit to the market is a must. Get there early and beat the insanely long queues to Honest Burger and Franco Manca which, in my opinion are the best. Cornercopia was packed as was Mama Lan, a family run cafe specializing in Beijing street food. To be honest, all of the restaurants here will be good and because of the huge variety of cuisine, it’s really just personal preference or mood. Italian, Pakistani, English and more, one thing that won’t be missing on any menu is a generous serving of charm.