After months of exams, essays and all the tears and tantrums that accompany them, a Moroccan city break was exactly what I craved for many a good reason. I knew the sheer madness and outlandish charm of the Souk would leave me with little time to think about anything other than the sounds and smells of a land I adore for its complete incongruity with London life. An additional bonus is that it is an inoffensive three hour flight from Heathrow meaning I could bound straight from my final exam to the airport. Hedonistic, carnal and colourful, I thought it best to let the photos do the talking. 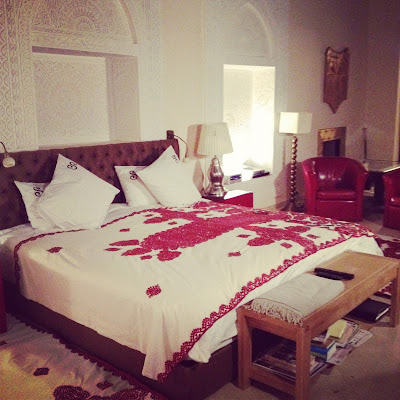 The beautiful riad is nestled behind a very unassuming facade right at the heart of the Medina. Despite the din and disarray of the souk, this provided a peaceful sanctuary with a pool and a beautiful rooftop, the perfect place to observe the chaos from above. 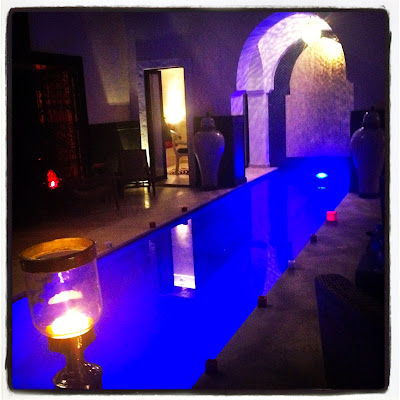 The call to prayer is such an integral part of quotidian life but for the most touristy of tourists such as myself, it became one of the highlights. Dodging my way around the souk with the call to prayer as the soundtrack, I fancied myself as a sort of Doris Day character from the film ‘The Man Who Knew Too Much.’ Embarrassing. 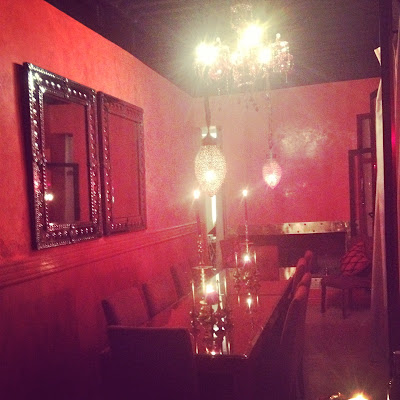 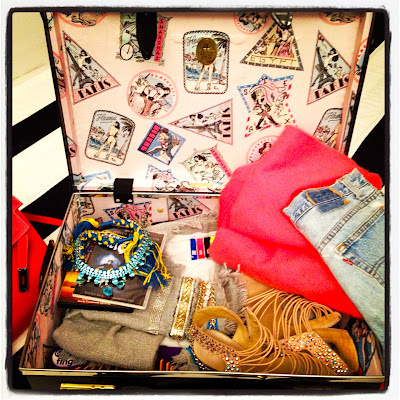 This is typically what comes with me on a short trip. Nothing fancy apart from some costume jewellery and pretty sandals and certainly nothing that won’t fit in my Globetrotter. The rest consists of denim shorts, shirts and bikinis. I took my new and beloved MSGM blazer along with a huge pink shawl as it can get quite cold at night. 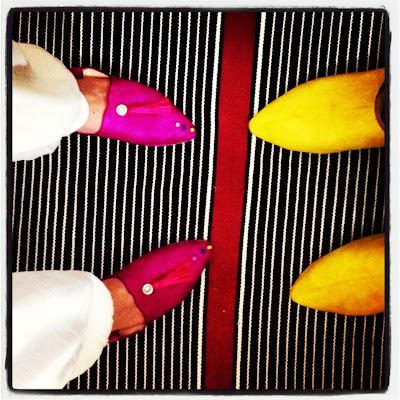 His n Her Babush from the Souk. I adore the little pom poms and tassels which adorn everything from pillows to door handles. These vibrant and buttery soft traditional shoes were made the very same day by a very kind and patient man who was willing to whip up matching pairs for my mum and sisters too. 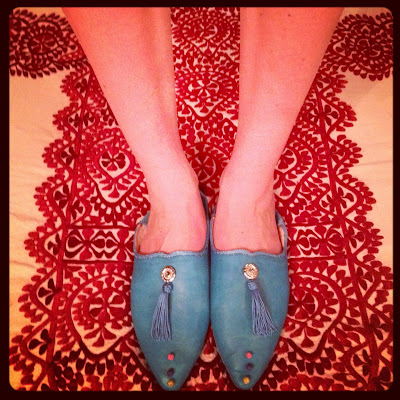 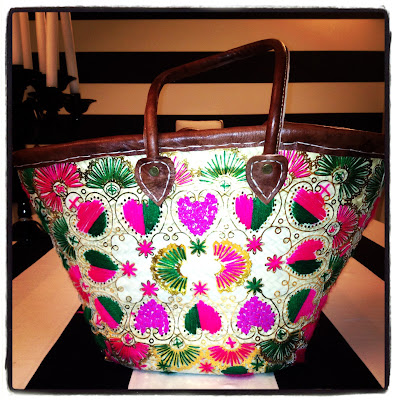 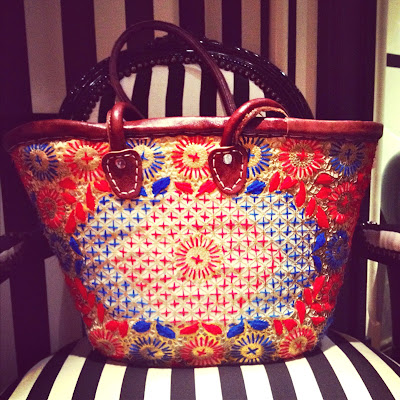 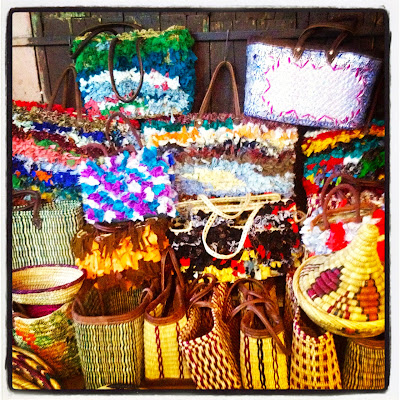 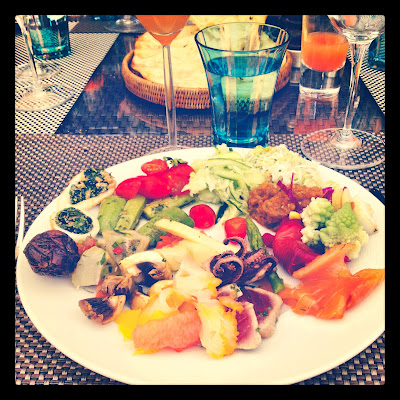 The lunch buffet at the Mamounia is without a doubt the most exceptional i’ve ever encountered. Endless seafood, infinite types of the freshest salads made with local ingredients and all manner of traditional Moroccan specialities. 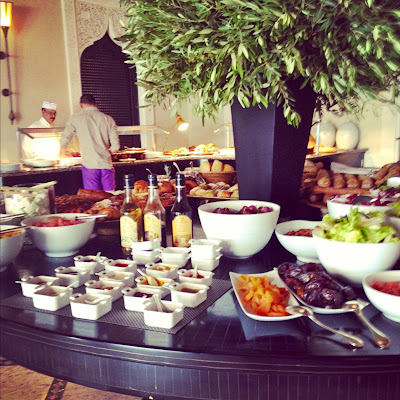 Dates and dips at the Mamounia. 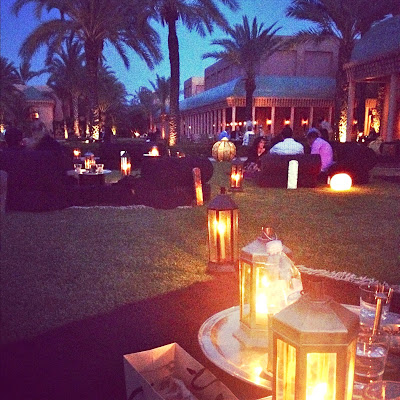 Although Marrakech offers some of the worlds tastiest cuisine with their wonderfully spiced and scented tagines and pastillas, the Thai restaurant at the Amenjena is well worth a visit. The peaceful landscape completely transports you into a scene from ‘A Thousand and One Nights’ as you sit upon floor cushions in front of a vast, sprawling pond. 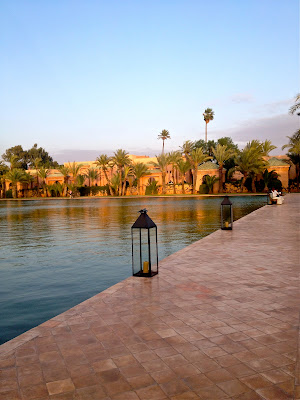 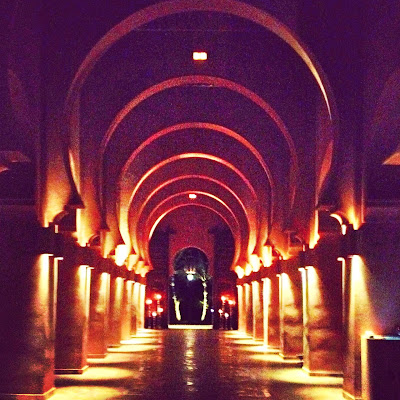 The Amanjena was where many of the scenes of Sex and the City 2 were filmed and it’s not hard to see why. Even though the carnage of the souk was very special, it was a very welcome relief to put your feet up and relax with a cocktail in this serene sanctuary. 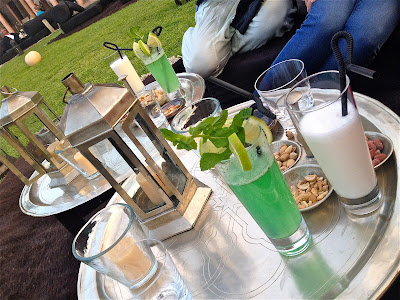 As you can see, my friend and I opted for a refreshing ‘Amenjena’ made with vodka, limes and mint. A far more refreshing alternative to the Pina Coladas the boys insisted on with enough rum in them to comatose Jack Sparrow. 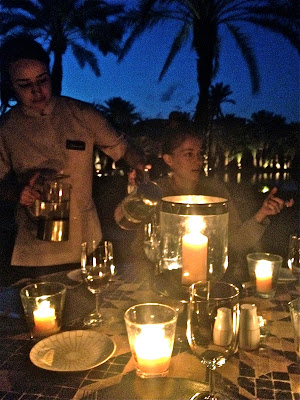 Dinner by candle light included beef curries, seabass with ginger, and a colourful array of vegetables and salads. 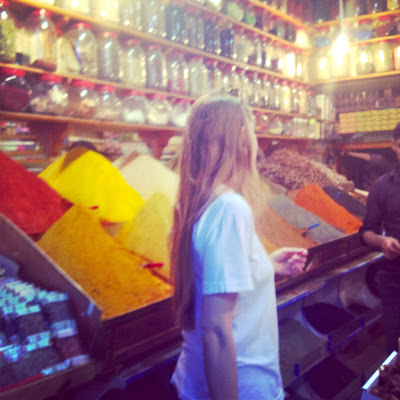 Enchanted at the spice market where my friend and I picked up some cumin, cinammon and a kilo of huge glossy dates. The souks charm lies in its labyrinth like layout but it can become overwhelming in the afternoon so it’s wise to take someone knowledgable with you, just in case you get lost. 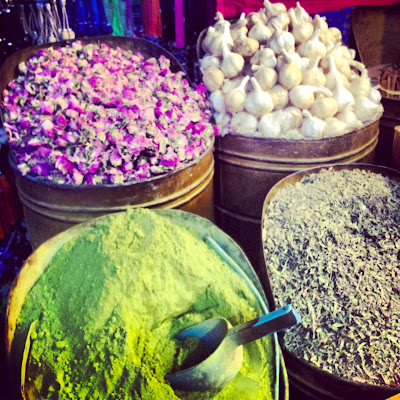 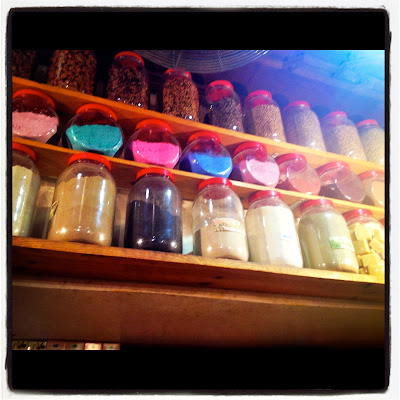 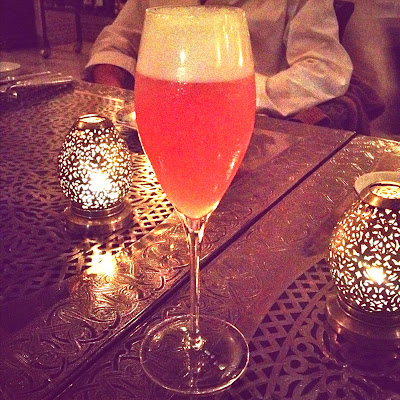 The Royal Mansour serves a Bellini to rival Harry’s Bar. 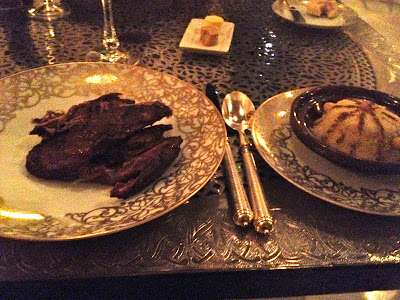 Slow cooked shoulder of lamb with cinnamon and almond couscous. The lamb was up there with one of the best meals of my life with its glazed, crispy skin and the softest almost dissolvable meat. (I apologise for the terrible photos) 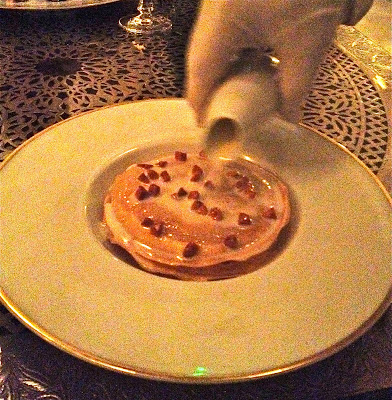 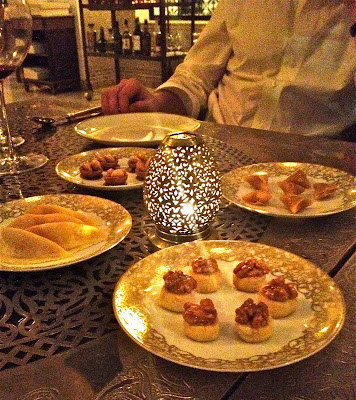 Sugar laden, syrup soaked nutty Moroccan treats. No one needs to drink when you can get a raging high from these guys alone. My favourite were the Gazelle Horns (left) which are made from ground almonds scented with orange blossom then shaped into little crescent moons. 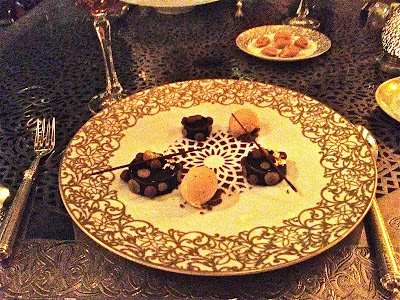 Fly to Marrakech from London Heathrow on Royal Air Maroc (via Casablanca), From London Gatwick on British Airways and Easy Jet (direct)